The scientific meeting on “Online Education and Learning: Unavoidable Damages During the Corona Disease” with the presence of the keynote speaker Professor William Pinar, professor of all curriculum studies at the University of British Columbia, under the management of Dr. Saeed Nazari accompanied by the panel members Dr. Mahmoud Mehrmohammadi , Dr. Mostafa Qadri and Dr. Fereydoun Sharifian was held virtually by the International Relations Commission of the Iranian Curriculum Studies Association on September 29.
According to the Iranian Curriculum Studies Association; In this scientific meeting, first, Dr. Nazari provided preliminary talks to enter the main discussion, then Professor Pinar gave a speech. From his point of view, besides affecting the behavior of learner’s technology can influence the ways of thinking and the behavior of citizens. Next, he discussed in details, the role of virtual education with the help of these technologies is beyond the learning of course materials by the students. Then, he mentioned the problems and damages caused to the education system of Canadian schools due to the corona disease. Afterwards, some of the questions raised by the attendees were answered by Mr. Pinar. finally, after 90 minutes, the director of the meeting thanked him for his presence and valuable speech. It should be noted that the enthusiastic presence of professors and curriculum specialists as well as graduate students of this field increased the quality of the meeting.
In the second part of the meeting, the panel members gave their opinions regarding the points mentioned by Mr. Pinar. They also pointed out that similar damages have affected the education system of Iran by the corona disease. In this section, students asked questions about online learning and what effects it has had on education during this period. As explained by Dr. Pinar online learning has obviously reduced the quality of education, especially in undergraduate levels. Although in higher -education, this problem was less, the students had reached the maturity that learning is important, so they did not withdraw from the systems. In general, the defect in the educational system all over the world was the withdrawal of students from learning, and according to the research, it was concluded that a large percentage of students’ learning ability has been degraded. In the continuation of this meeting, the quest raised by the attendees were answers by the panel members. Finally, Dr. Nourabadi, the chairman of the commission concluded the meeting and invited the attendees to participate in the future meetings of the commission. 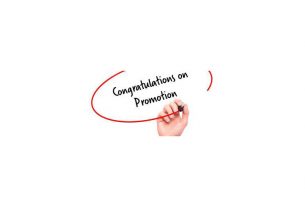 New Composition of Board Members of ICSA